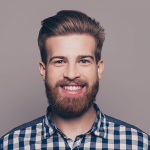 Having started his online career back in 2005, over the years, James has written for scores of websites, covering online poker, eSports, Forex trading, binary options, and digital ledger technology - among other verticals.

Writing under different pen names and sometimes his real name, he provided articles for sites such as Mforex.com, Fxempire.com, Daytrading.com, echofin.co, Brainyforex.com and totalcrypto.io

He wrote for Cyprobriefing and he is currently one of the in-house writers at BitcoinMarketJournal.com

USD/ZAR – Live and Historical Rates The pairing of the USD with the ZAR (South African Rand) is one of a major currency and a non-major one. It is indeed quite obvious that the major is the USD. The resulting pair is not a commodity pair, nor is it a major one. The chart featured … Continued

Founded in 2013, Trade360 is a registered trade name of MPF Global Markets Ltd. Based in Limassol, Cyprus, the company is authorized and regulated by the Cyprus Securities Exchange Commission (CySEC) under license number 202/13 and also has offices in the United Kingdom. In addition, Trade360 is approved by regulatory organizations in Europe and the … Continued

FxPro has been one of the best forex brokers since its founding in 2006. The company has a broad client base, high volume turnover, and a global presence serving customers in more than 150 countries around the world, although the company does not accept U.S. based clients at this time. FxPro UK Limited is regulated … Continued

FXTM is a licensed and well regulated broker with an impressive list of awards. FXTM offers many different payment methods, tight spreads, PAMM accounts, trading in all currency pairs as well as a wide range of other financial products and derivatives and a minimum deposit of $10. FXTM or ForexTime is owned and managed by … Continued

Founded in 2006 by brothers Yoni and Ronen Assia and David Ring, eToro is based in Tel Aviv, Israel and was established with the vision of creating a financial investment platform for everyone. The company currently boasts more than 15 million users from over 170 countries, who use eToro for trading in currencies, commodities, stocks, … Continued

easyMarkets was originally founded as easyForex in 2001 but changed its name when it expanded its product offerings to include other asset classes. By 2013, the company had grown to have more than 100,000 active traders using its trading platform to amass over $1.5 trillion in accumulated trade turnover in its first decade in business. … Continued

OctaFX is a quite recently formed Straight Through Processing (STP) ECN forex broker. OctaFX offers both the MetaTrader and cTrader platforms, all major currency pairs and commodities, leverage 1:500, and a minimum deposit of $5. OctaFX has been operating since 2011 out of its main center in Jakarta, Indonesia. The company is also registered in … Continued

Plus500 is an online CFD broker that presently offers a wide range of Contracts for Difference or CFDs for its clients on over 2,000 underlying assets such as Forex, Options, Commodities, Cryptocurrencies(Availability subject to regulation). It is operated in Europe by Plus500CY Ltd., which has its base offices situated in Limassol, Cyprus and is regulated … Continued

HotForex is a member of HF Markets Group and was formed in 2008 as a Straight Through Processing (STP) forex broker. Based in Mauritius, the company is regulated by both the Financial Services Commission or FSC which handles its Mauritius compliance, and CySEC which regulates it’s Cyprus offices. This dual regulatory status gives HotForex’s clients … Continued

AvaTrade operates as a multi-national corporation, and it has regional offices and sales centers in Dublin, Paris, Tokyo, Milan and Sydney. The company bases its administrative headquarters in Dublin, Ireland. Its official website is located at www.avatrade.com and a screenshot of its home page appears below. From a regulatory perspective, AVA Trade EU Ltd is … Continued