EURUSD looks as it has ended its complex decline, down from September highs as we see all three waves W,X,Y unfolded. Also price made a recovery at the 1.122 level, indicating that wave Y found a low, and that a minimum three-wave reversal to the upside is now in play. In such case, we would expect to see price reach 1.15 level in upcoming sessions, from where a new, temporary pullback may follow. This pullback can be wave 2, which can later look for support and a bounce near the 1.1333 area. 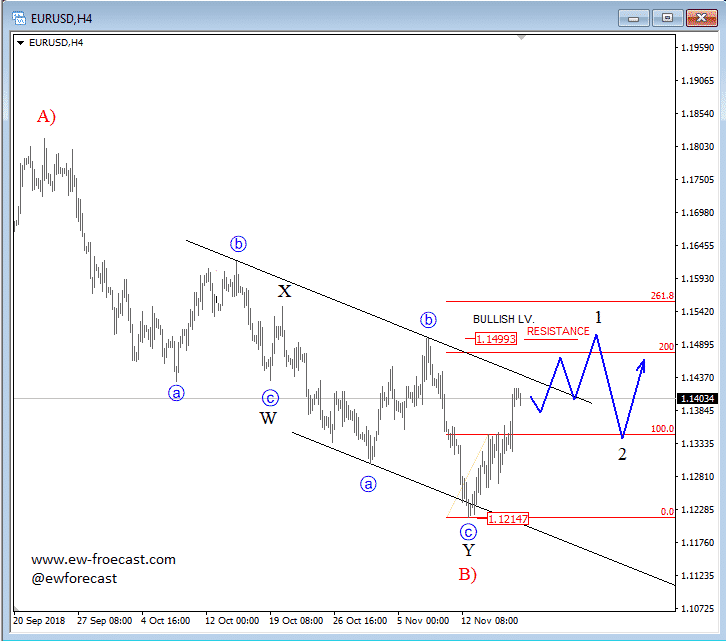 As expected, Bitcoin finally broke out of a triangle in very impulsive fashion, which is actually completely normal in these markets. So, BTC is now approaching our projected target for wave v/5 between 5k-4k region, which should be completed with five sub-waves. As a first triangle measurement target, we see a nice psychological level of 5000, but keep in mind that it may go even lower. However, for now we remain bearish, but any sharp and impulsive bounce back above 6550 would indicate a bullish reversal! 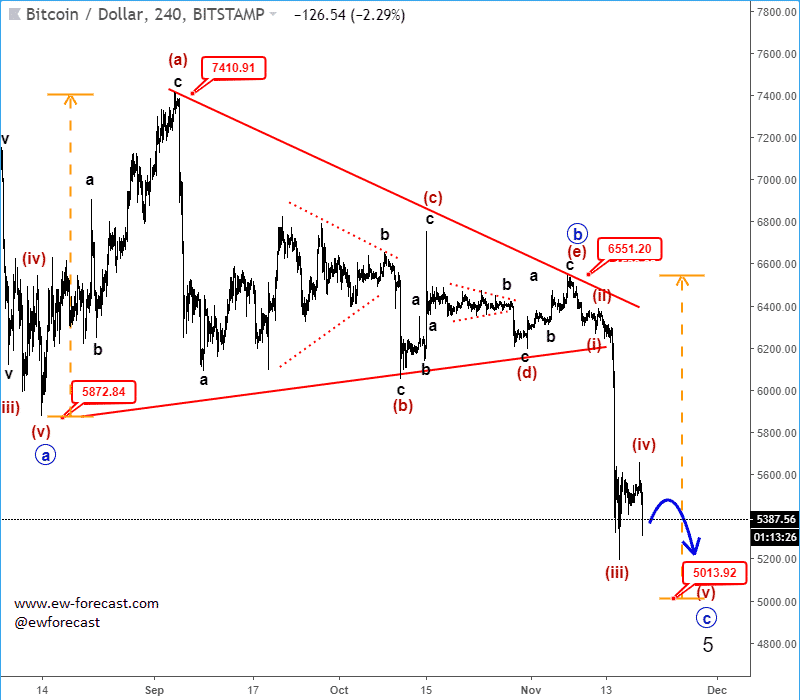