Today’s article is about silver and the USDCHF pair. Both are trading in a correction, which means both can see more weakness as we are in a bearish trend.

Silver is nicely dropping within an impulsive move (five legs in the direction of a trend) and can also be trading at the beginning of a corrective recovery. We are talking about wave iv, which can look for resistance and a bearish reversal near the Fibonacci ratio of 23.6/38.2 (15.26/15.35 region). That said, as we look closely, we can also see price trading right above the upper Elliott wave channel line connected down from 15.80 level, which can be first evidence that wave iv is in progress.

Once wave iv fully develops, that is when final wave v may follow. 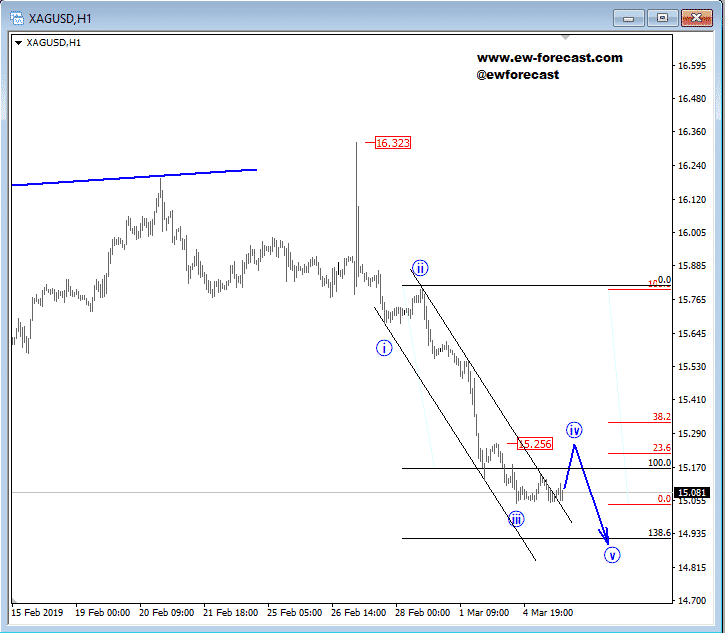 USDCHF is trading impulsively bullish, but we still see it as part of a three-wave a)-b)-c) correction, especially because of a triangle in wave b), which can be confirming a corrective rise only. In such case be aware for resistance and a bearish reversal around Fibonacci ratio of 78,6% and 1.0060 area. 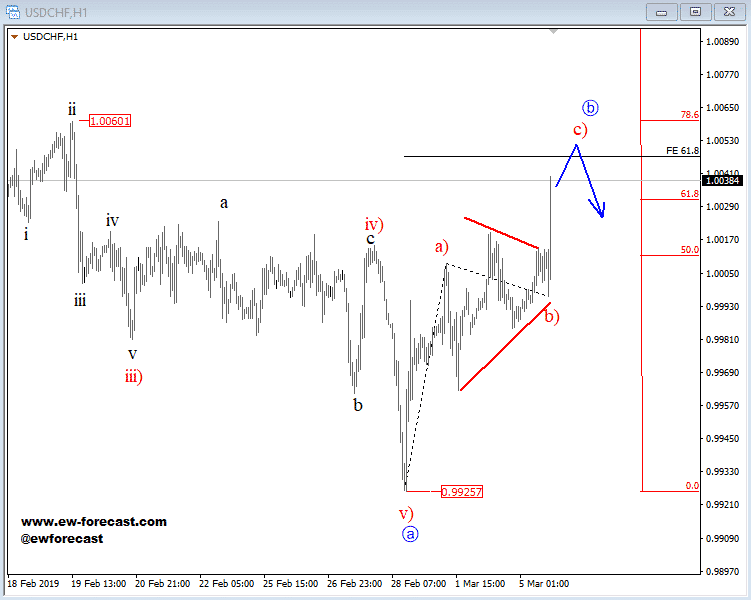 Note: All information on this page is subject to change. The use of this website constitutes acceptance of our user agreement. Please read our privacy policy and legal disclaimer. Trading foreign exchange on margin carries a high level of risk and may not be suitable for all investors. The high degree of leverage can work against you as well as for you. Before deciding to trade foreign exchange you should carefully consider your investment objectives, level of experience and risk appetite. The possibility exists that you could sustain a loss of some or all of your initial investment and therefore you should not invest money that you cannot afford to lose. You should be aware of all the risks associated with foreign exchange trading and seek advice from an independent financial advisor if you have any doubts.
We use cookies to enhance your visit on our website. If you continue to use the website, we assume that you agree to the use of cookies. Find out more about cookies and how you can decide your cookie settings by reading our privacy and cookie policy. Accept Reject Read More
Privacy & Cookies Policy
Necessary Always Enabled