There is a ratio in financial markets that is sometime overlooked in the western world and yet is one of the most widely followed in Asia, especially India.  It is the “Gold-Silver” ratio.

It is fair to say that it can seem on many occasions rather a dormant creature, perhaps not offering the volatility that western, speculative mindsets require to see a reasonable payoff in a specified period.

For the more patient investor, it is a relationship that once moving can prove to be extremely profitable. Even if one initially is on the wrong side of the trade there is the luxury of time to reverse the positional structure of the matrix. 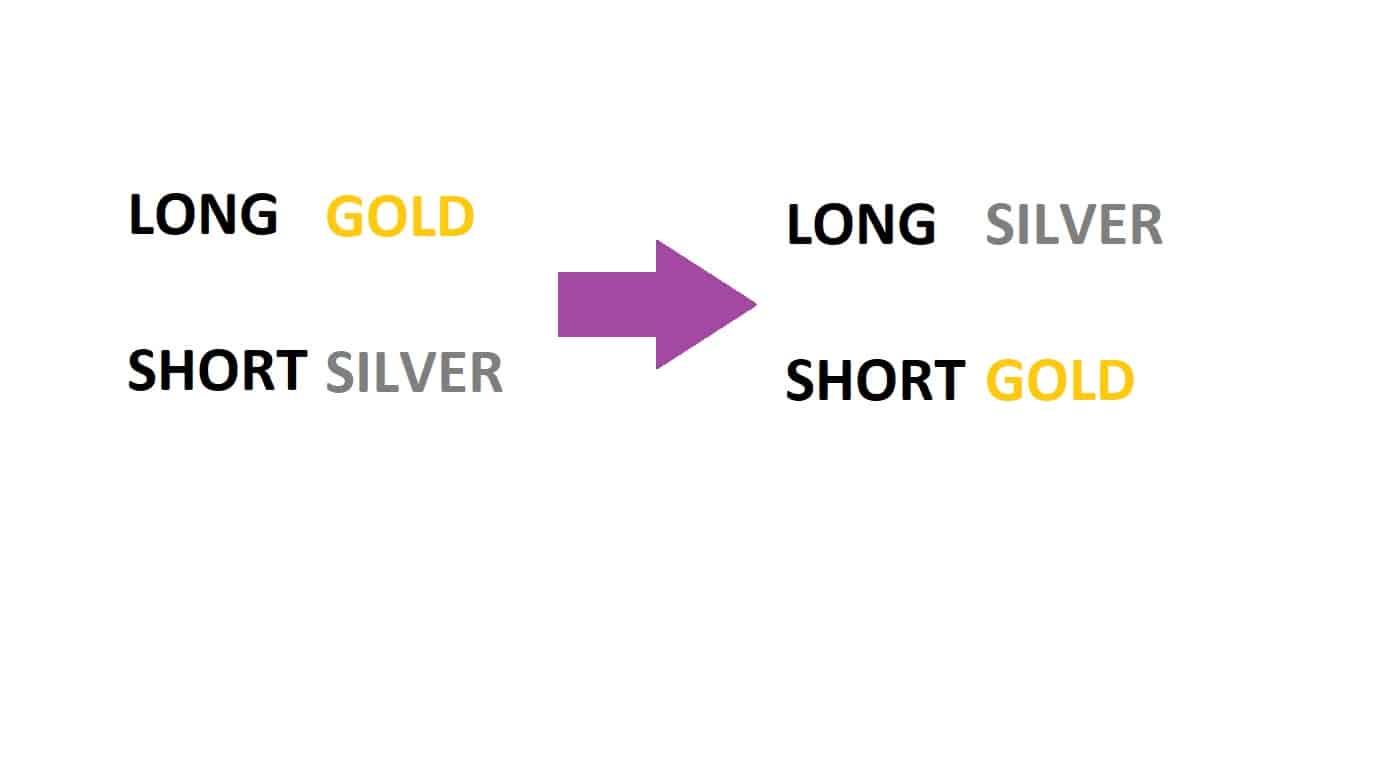 To understand the mood of this ratio, consider the investor sentiment toward each metal.

Precious metals speculators increased their bullish net positions in the gold futures markets this week, according to the latest Commitment of Traders (COT) data released by the Commodity Futures Trading Commission (CFTC) on Friday.

Non-commercial futures contracts of gold futures, traded by large speculators and hedge funds, totalled a net 19,026 contracts in the data reported through Tuesday, November 6th. This was a weekly advance of 5,832 net contracts from the previous week which had a total of 13,194 net contracts.

The speculative gold position has improved for three out of the past four weeks. The current standing is now in the fourth straight week of being in bullish territory after spending the previous nine weeks in a bearish position.

The same investor base decreased their bearish net positions in the silver futures markets this week, according to the latest COT data released by the CFTC on Friday.

The non-commercial futures contracts of silver futures, traded by large speculators and hedge funds, totalled a net position of -2,470 contracts in the data reported through Tuesday November 6th. This was a weekly lift of 6,000 net contracts from the previous week which had a total of -8,470 net contracts.

The speculative net position has now improved as the bearish posture has diminished for three out of the last four weeks and for seven out of the past nine weeks.

On balance they respective stances in gold and silver sound evenly matched, indeed the technical aspect of the two metals is identical from one-hour to one-month.

It is a hard call, however, for me the deciding fact is that in silver the current standing is the smallest bearish position since silver bets became bearish 13 weeks ago. I accept that there is nothing wrong with taking a profit, however, to start reversing a short is for me a more significant adjustment of mindset than simply adding to longs. 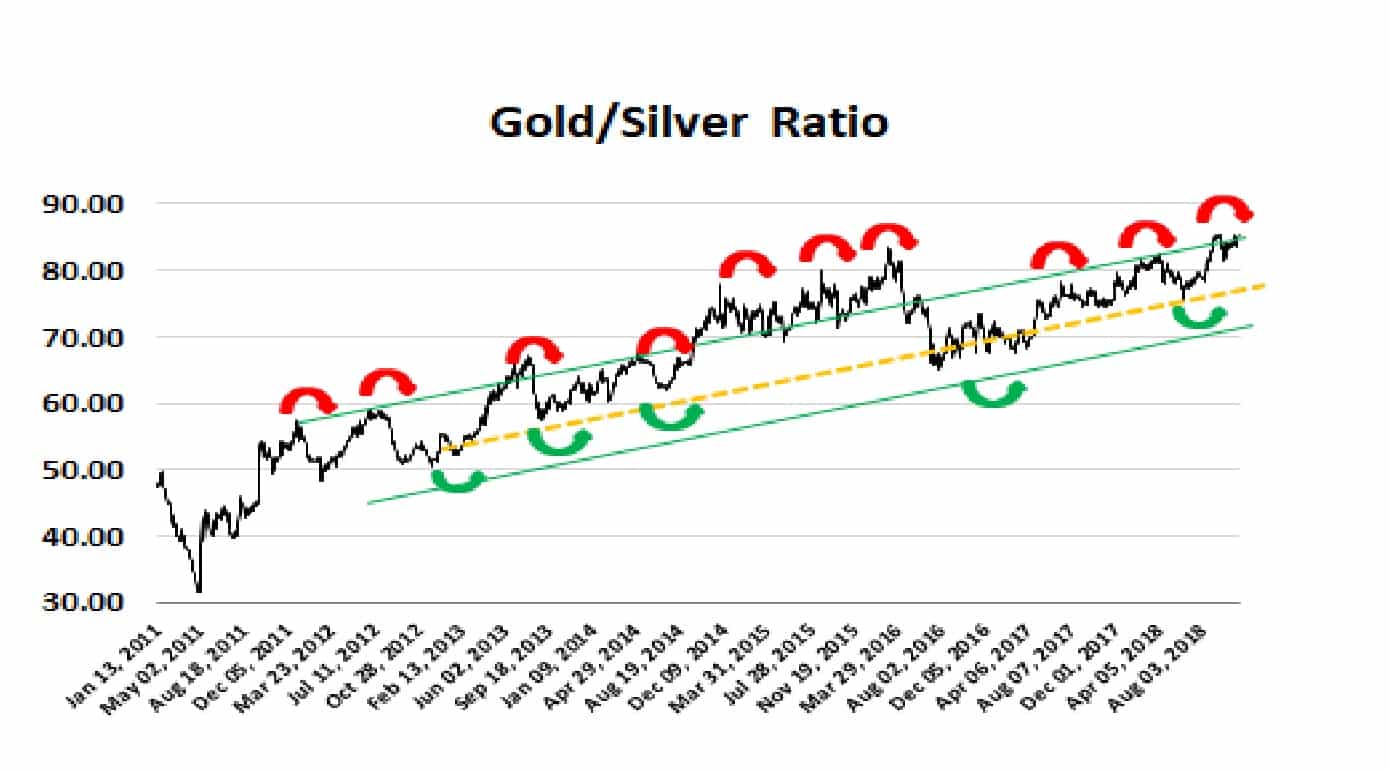 I look for the trade to see the ratio dip back inside the current impulsive channel and so suggest one opena a short now at 85.68 with a view for a slow drift lower to 83.10. Stops set at a break over 86.00.