I personally like USDMXN and its hourly structure, where I see a completed EW leading diagonal down from 18.9788 level, followed by a possible three-wave retracement that can see limited upside and a reversal near the 18.6825 level. 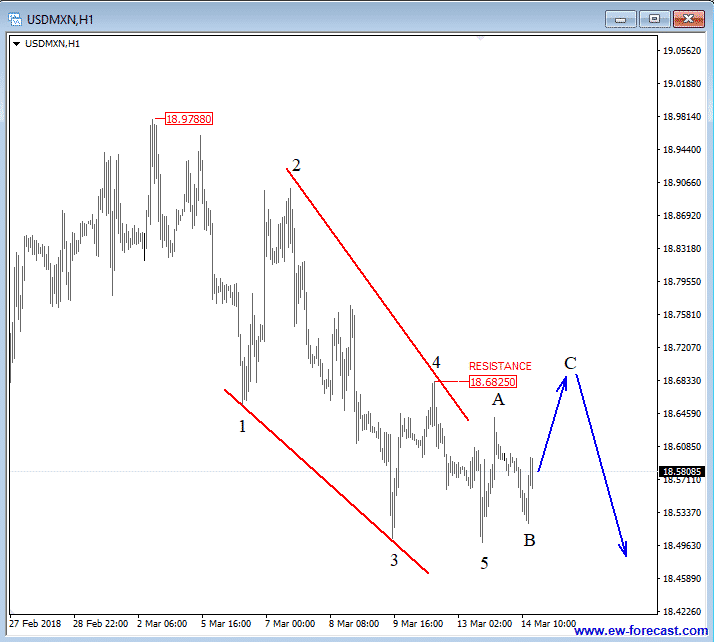 An ending diagonal is a powerfull reversal pattern.

AUDJPY made a five wave decline from January highs, followed by a three-wave pullback which can be now approaching some resistance zones. As we look closely we can see leg C trading near the former swing high of wave 4 at 84.805 where bulls can slow down, and a new turn lower may come into play. All being said, a drop in minor five waves would suggest a completed three-wave setback and more weakness to follow. 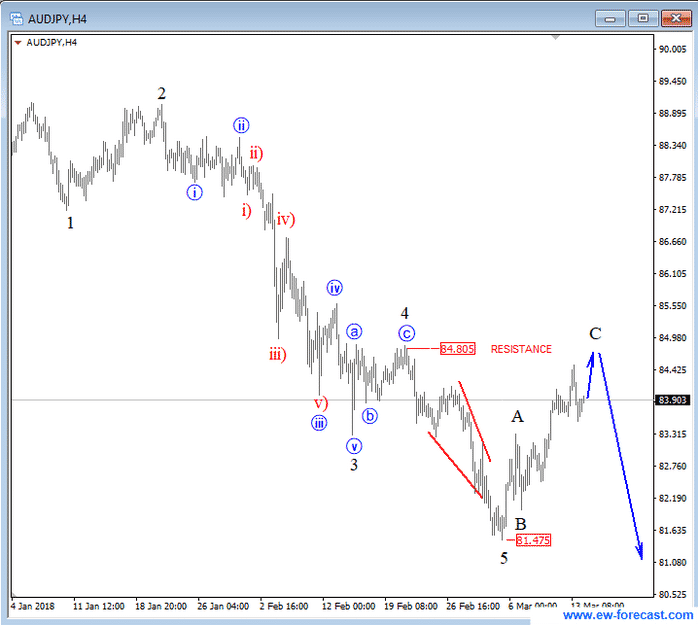