US Dollar weakens in "risk on" environment, but the Japanese Yen is even more vulnerable as the ultimate "safe haven" currency

A prod lower Friday to then bounce intrastate from 109.15. and whilst holding here to sustain upside pressures from the mid-May surge through topping resistance, keeping risks to the upside for Monday.

The mid-April push below key 108.30/29 supports signalled an intermediate-term shift to a bear trend. 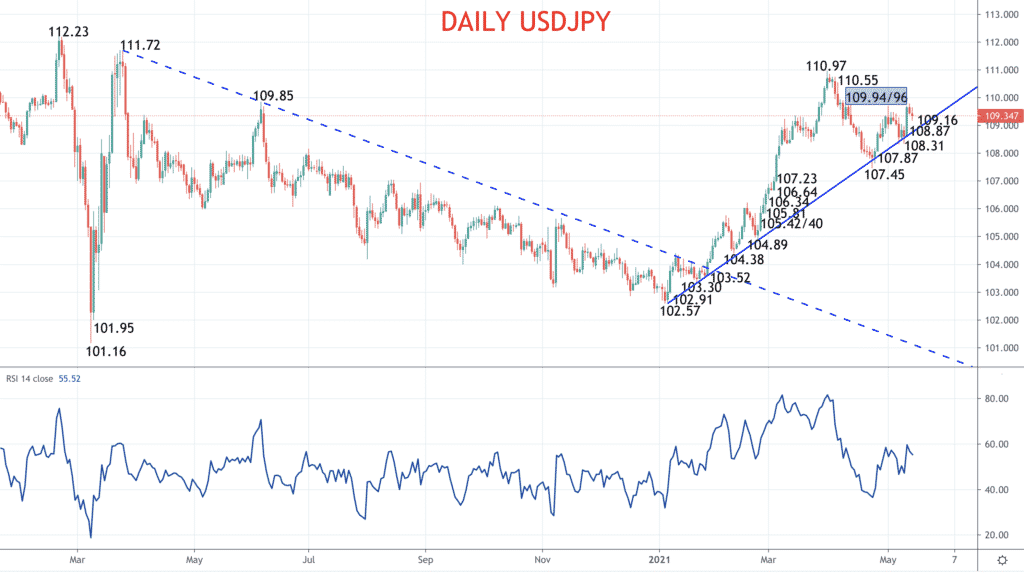