CADJPY has five waves down and three waves up, which is an ideal pattern for a bearish set-up.

At the end of May, we have seen a sharp and impulsive drop with five waves and as we know after every five waves, a three-wave correction follows. As you can see, a three-wave A-B-C correction can be in final stages, right at ideal resistance zone around 61,8% Fibonacci retracement. So, be aware of a drop, either from here or from slightly higher levels around 86 area and 78,6% Fibonacci retracement. We remain bearish as long as it’s trading below 87.08 invalidation level.

One of main reasons for drop could be stocks, which can be trading near resistance zone. Why stocks? Well, stocks are more or less correlated with USDJPY and when stocks and USDJPY begin to fall, Japanese yen can become very strong and usually causes a decline on all XXX/JPY crosses.

So, strong JPY against weak CAD can be a perfect combination, just keep in mind that in Elliott wave theory, first we want to see a five-wave decline away from resistance zone to confirm a bearish reversal. If CADJPY continues lower and breaks below 84 level, then we can expect even more weakness towards new lows. 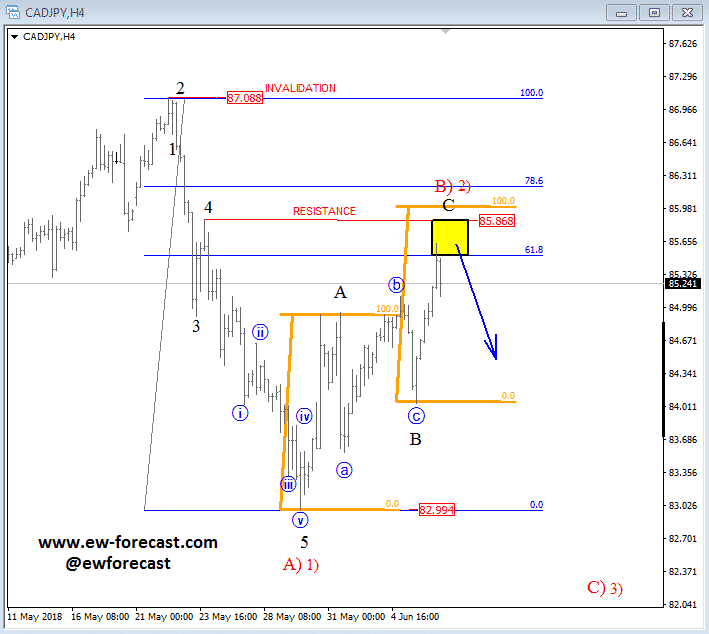