EURUSD Looking For A Bounce, While EURCHF Breaking Higher

EURUSD made a sharp and overlapping drop in the last couple of trading sessions, which we identified it as a complex correction. We can see that price may be ending this complex seven leg correction around the 1.1739 region, from where a new intra-day rally is already seen. A five-wave recovery and a breach above the 1.1820 level would indicate a bullish reversal. 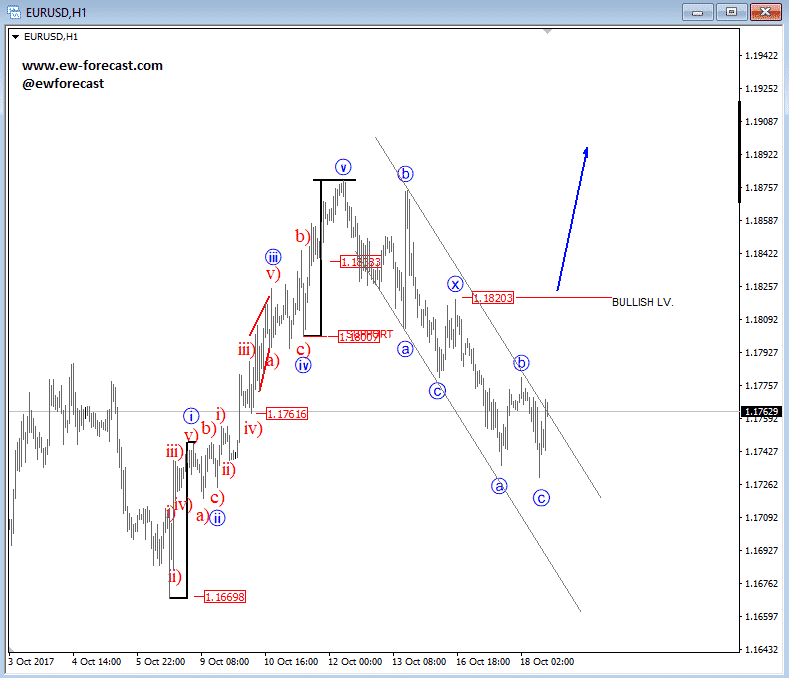 We may see price falling on the EURUSD, but bear in mind, drop from 1.1880 region is overlapping and corrective and does not resemble an impulse (clear five waves, with no overlaps).

Now let’s switch to the EURCHF and its long-term view.

EURCHF is trading bullishly since February of 2017. We see a clear bullish impulse in the making, with four of its primary legs fully unfolded. The final wave that showed up, after that wave 3) high was corrective wave 4), that found a base near the upper channel line. Current minor strength that is on display can now be start of final wave 5), that may pull price higher, towards the Fibonacci ratio of 161.8. 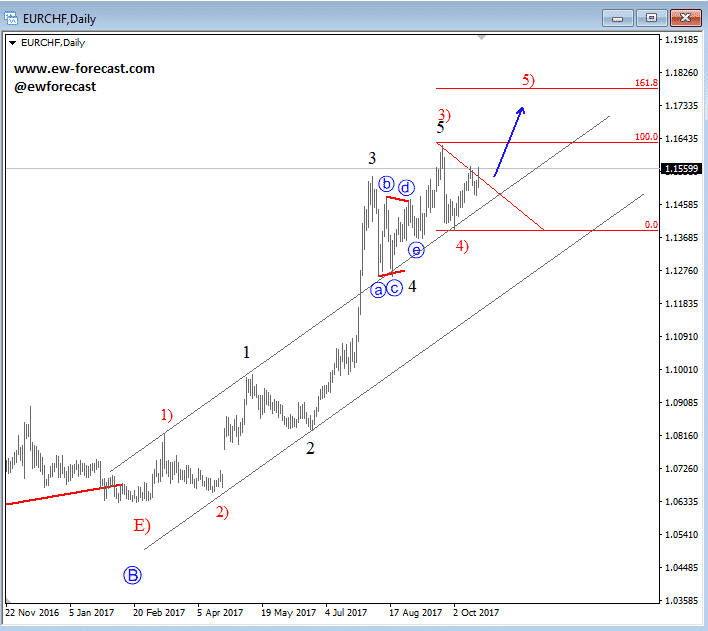 Now here we see an impulse in action, clear four waves with one leg still missing. Hopefully wave 5) is already in motion. 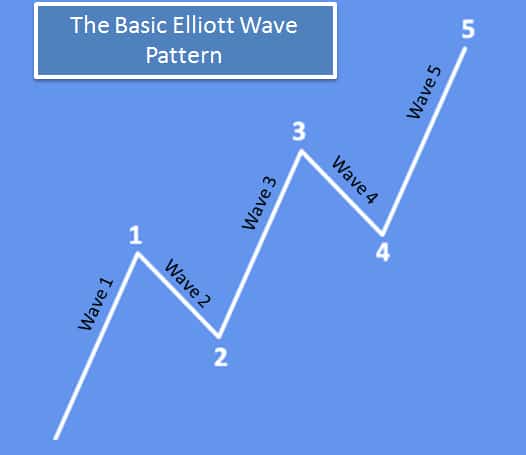 With respect to the theory on the Impulsive wave, please check our previous article for USDMXN.

If you want to receive daily updates for DAX, S&P500 and FX pairs then I invite you to look inside of our members area for the next 2 months with special discount offer -50%.

The Swiss Franc and the Euro are both among the most traded currencies, yet the pair that they make (EUR/CHF) isn’t considered a major one. The chart above illustrates the amount of CHF one will need to purchase one EUR. Given the proximity and close economic ties between the Eurozone and Switzerland, it isn’t surprising that the two currencies are indeed closely correlated.

Launched in 1999, the EUR is currently the common currency used by some 21 countries that comprise the world’s largest economy, known as the Eurozone. More than 327 million people use the EUR as their official currency, while several other hundreds of millions use it de-facto, or use currencies pegged to the EUR. The EUR is the second most traded currency in the world and the second largest reserve currency as well.

The authority controlling the EUR is the ECB (European Central Bank) but its control is rather loose, compared to the sort of control exercised by the Fed over the greenback.

The Swiss Franc draws it value from the economic stability of the country, its massive gold reserves and the sturdy finance industry for which the Swiss are indeed known world-over. Switzerland is not an EU member and it rejected joining the Eurozone too. This stance isn’t likely to change in the foreseeable future either.

The CHF was the currency the value of which was directly backed by gold for the longest time. It was only taken off the gold standard in 2000. Beforehand, gold made up some 40% of the value of the CHF.

Despite the fact that Switzerland never accepted the EUR, the Eurozone is obviously the largest trading partner of the country and its greatest economic influencer. The two economies are natural allies too, in the sense that they’re both based on manufacturing and services.