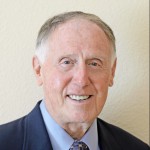 Jeff Wecker, "The Trading Coach" is a former member of the CBOT and coaches novices and experienced traders around the world from the U.S., Canada, the UK, India, UAE,  Australia, New Zealand.and many places in between. He is also the author of the upcoming book 'How To Be A Black Belt Trader."

Jeff also started and heads up, the highly acclaimed international Skype group "Currencies, Coffee and Croissants." (CCC)  Here, members, who are some of the most talented currency traders and bankers in the world meet and discuss trades 24/7.

During Jeff''s 25 years in the business he has traded currencies, stocks, stock indices, options, and commodities.  He is especially well known in the industry for catching the big moves.

Finally Jeff is the developer of "Forex Forager", an algorithm that has caught every major currency move in the past two years with a maximum of 15 ticks of entry risk.

You’ve heard the phrase “ Defense wins Championships”. Let me tell you why these three words can save your career as a FX trader.  Why become another statistic whose bad decisions cost them the passion of their life. The best and most successful traders adhere to these basics tenets: cut your losses, let your winners … Continued

That’s another way of saying “trade price action.” Why? Because price is the only true indicator of where a market is going. It’s the only point in the universe where you know if you are right nor wrong. We spent a lot of money developing our algo that tells us where these inflection prices are; … Continued

I bought a seat at the CBOT in 1980…..jumped into that jungle called the “pits” and traded 30 year bonds with the best the world had to offer. You not only had to find your “edge” and trade well, but you had to dodge pencil points that could stab you in any part of your … Continued

You don’t want to be a part of THAT club… the 90% of retail traders who lose 90% of their money in 90 days. You can avoid it but you have to think differently than the crowd. First, realize that you are not in this business to trade; you are in it to make money. … Continued

The market is always right. Not you. Not your opinion. Not someone else’s opinion. So, you have a choice: you can fight the market or you can go with it. And how do you know where the market is going?  Price action! For example, our robot “Forex Forager” always knows at what price it is … Continued

FX Traders: There’s Only One Place in the World…… where you can talk with highly successful, extremely talented currency traders from 27 countries, all at the same time. Of course, they all know the technical stuff, but they also know the local economic and political conditions in their respective countries. And more knowledge = better … Continued

Many questions arise about fundamental analysis and its effect on the Forex Markets. Many traders try to utilize data or news events to trade and others find it utterly useless. Here, we analyze the effect of fundamentals on the market and why we think there is a better way to trade. Forex trading is based … Continued

It’s a new era. No more risking 30-50-75 pips to get into a swing or long term trade. Before CCC (Currencies, Coffee and Croissants) came along, it was unheard of to try and enter a swing trade or a long term trade with 5 pips of risk. People would have laughed at you…..they thought that was … Continued

There are many reasons traders are switching from EAs(Expert Advisors) to ATs (Automation Tools). The primary reason is that EAs cannot put things into context, which is why they had no chance of catching the recent volatile moves in the financial markets. Further, the lack of support is a big problem. EAs are generally just … Continued