The rolling 12-Month chart for EURUSD illustrates that the Euro has been locked in a gently declining corrective channel since the start of June 2018. It has on a few occasions seen the spot price float above the 50-day moving average, however, the spot and indeed the upper limit of the corrective has failed to print a level over the 200-day moving average mark as is illustrated below. 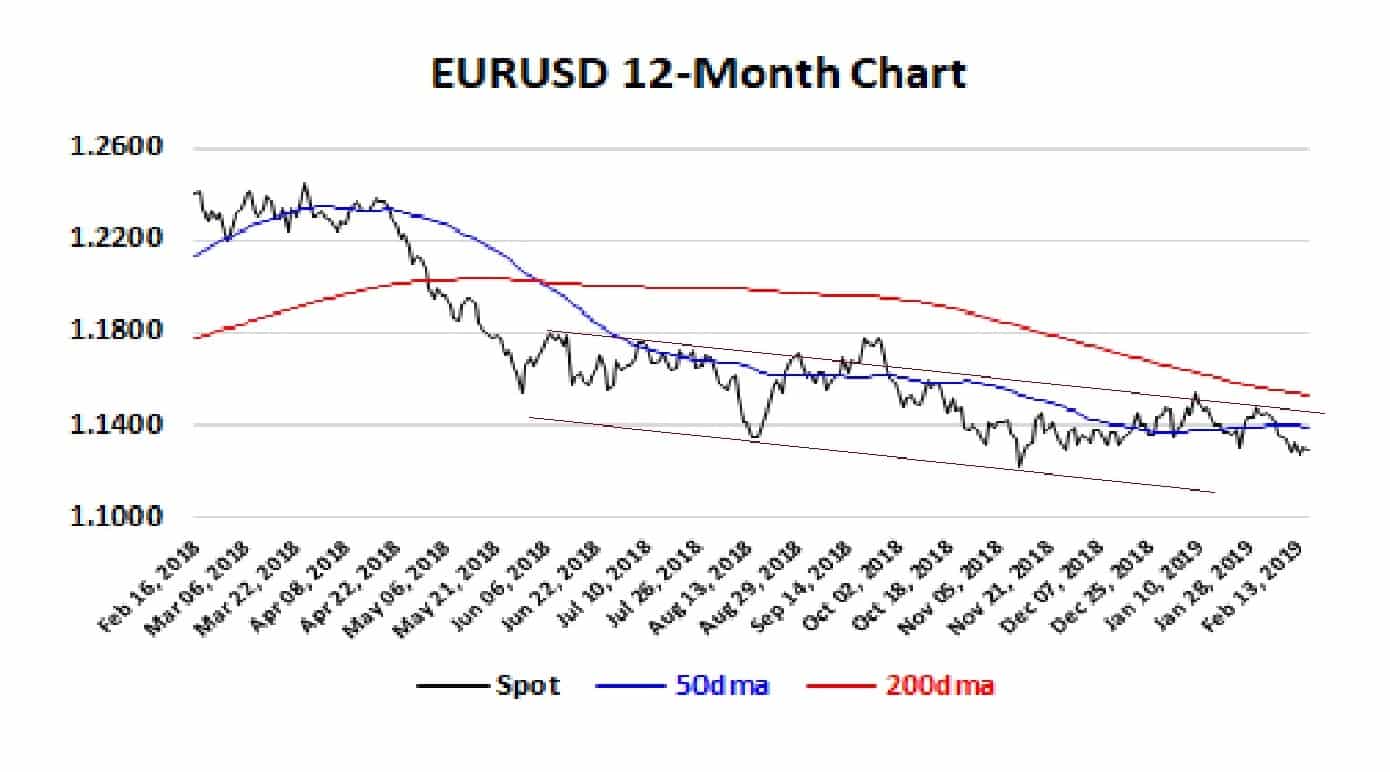 Given the way the Euro has traded in recent months against the U.S. Dollar in what is a relatively low volatility environment one might expect a small bounce higher. Certainly, once past the one-hour technical measure there only two positive technical readings, however, these quickly yield to a more negative aspect.

The unmistakable fact is that EURUSD is struggling to bounce which suggests that sellers are increasing in both number and the critical mass of what they would like to sell. Therefore, I am looking for a new breakdown materialising soon. 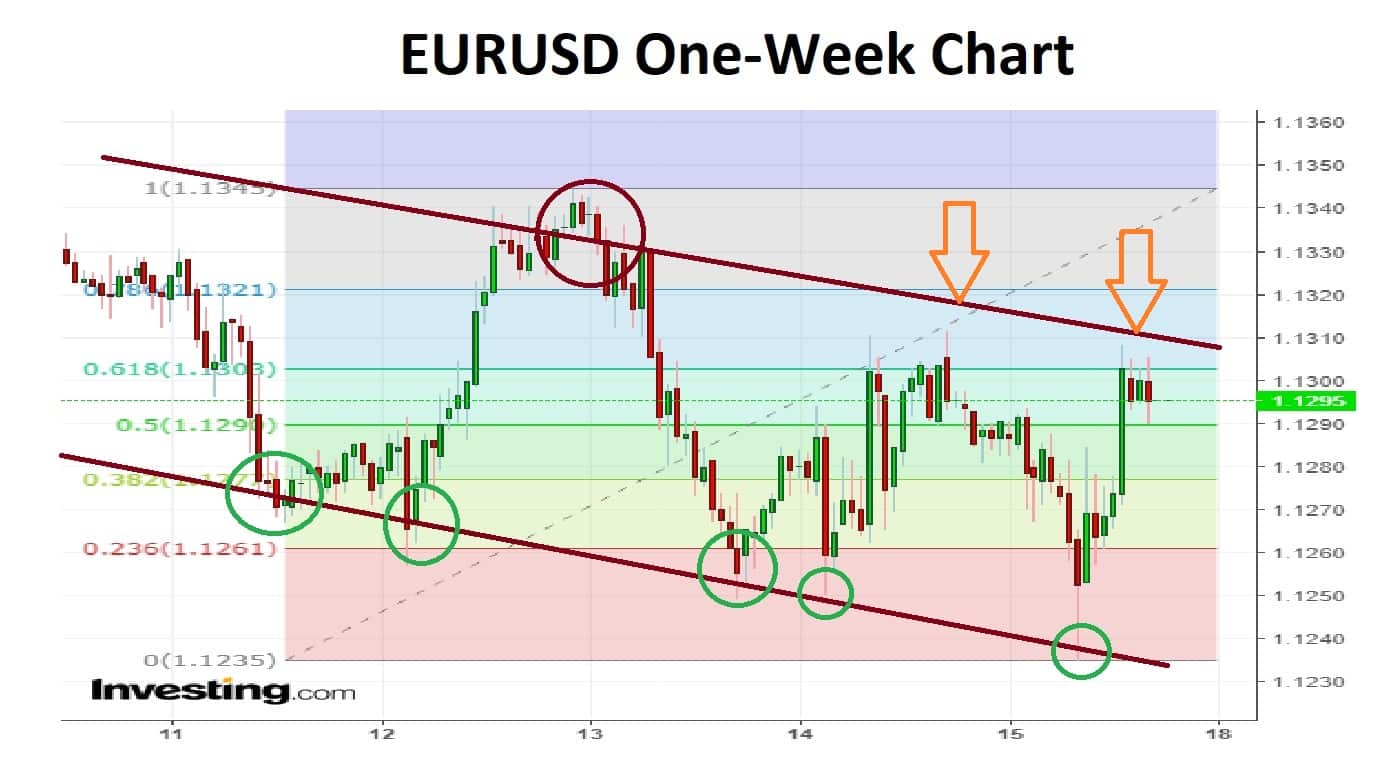 The one-week chart shown above illustrates the gentle rotation made by EURUSD over the week. The first of the orange arrows shows that of late the spot has not reached the top of the corrective channel before collapsing toward the base. I suspect that the same pressure is forming again as indicated by the second arrow.

Consider all the pressure that encompasses the Eurozone at the current time.

There is a void of political leadership. Macron caved in to the Yellow Vests…Merkel is Chancellor but not party leader…Spain has a day by day government…Italy is in chaos and in dispute with France…Greece is just sliding by under the wire as the problem was kicked a long way down the road.

The Eurozone Q4 2018 GDP reading at 0.2% or 1.2% YoY… this offered a fig leaf of stability that is simply a mask over deeper problems. The Italian statistics for the same period (the region’s third largest economy) show the economy tipped into a technical recession).

A more troubling signal for the region’s future is Germany’s stalled Q4 0.0% and 0.6% YoY. If the Eurozone’s leading economy is failing to match expectations one should be seriously worried for 2019 and 2020.

ECB President Mario Draghi described an outlook that is becoming more overcast. Economic data, he said, had been weaker than expected, and the risks to growth have increased. He said there had been an increase in uncertainty as a result of threats of trade protectionism (U.S. and China).  The lack of clarity in the Brexit negotiations was also a source of uncertainty.

Draghi said he didn’t expect extensive disruption to the Eurozone from Brexit, but he thought said there was a need to consider value chains (presumably across borders) and the fact that some countries are more exposed to the effects of the UK’s departure from the EU.