USDCHF is unraveling a beautiful bearish impulse from the highs, with current recovery representing wave iv) correction. This wave iv) can unfold as a double zig-zag pattern, which can later look for resistance near the Fibonacci ratio of 38.2 or higher, at the 0.9889 level, where former swing high can have the same effect, a possible reversal zone for the pair. 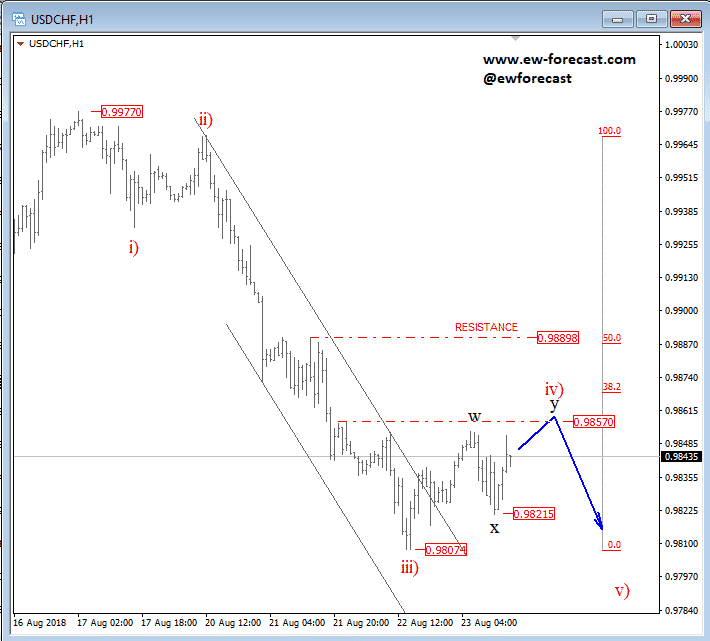 AUDJPY is slowly and steadily turning to the downside, indicating that a bigger correction had fully unfolded at the 81.49 level. Current break below the lower corrective channel line can also be a suggestion for a completed correction and that more weakness is underway into red wave 5). Red wave 5) can in such case aim for 79.30/79.00 support area in days or weeks to follow. 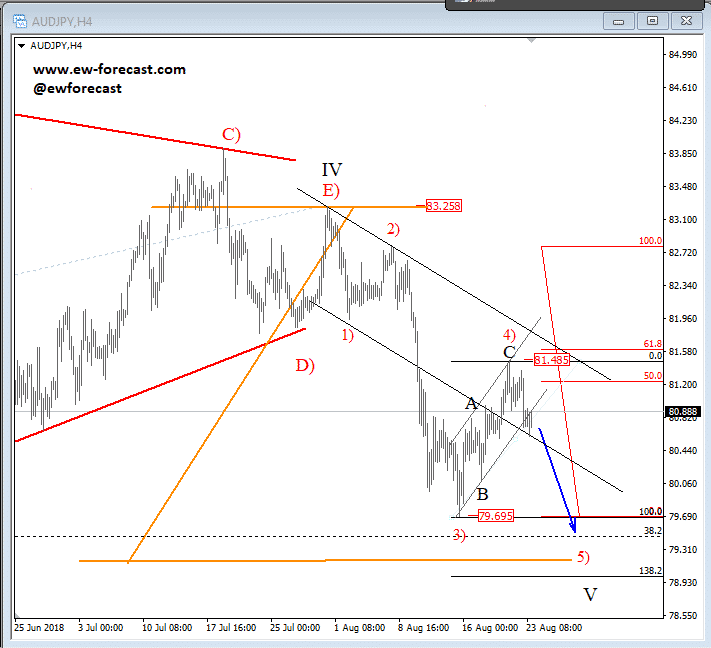