All Charts by TradingView

A Wednesday rebound failure from just above our .6818 resistance, back from .6826, to retain negative forces from Tuesday's plunge just below the early July cycle low at .6760, to .6758, keeping risks lower Thursday.

The mid-June push below .7032 signalled an intermediate-term shift to a bear trend. 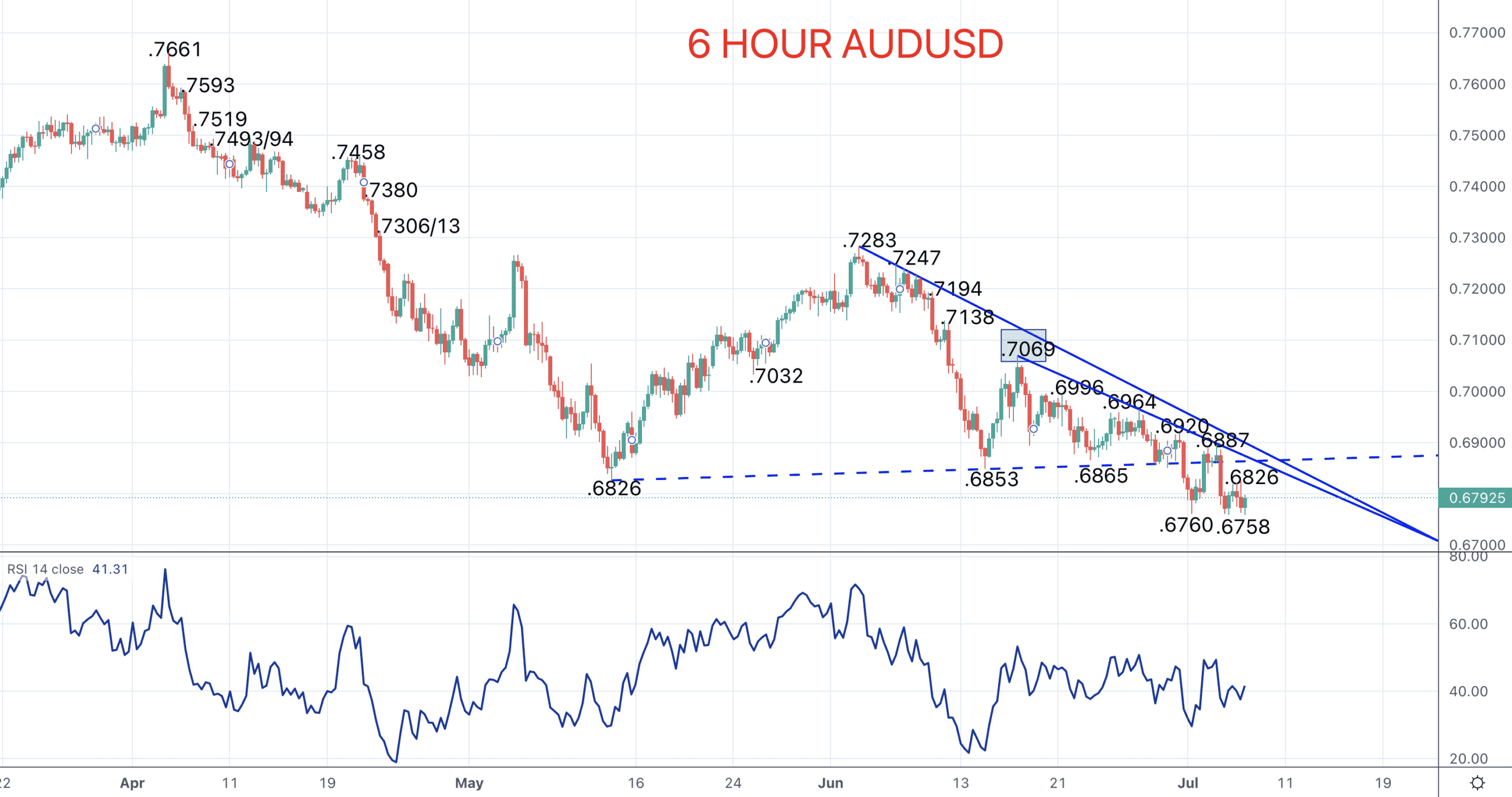