A cautious Thursday bounce and a setback (as also seen Wednesday), and whilst below .6811 we hold onto negative pressure from Tuesday's  sell off through key .6770 support (that shifted the intermediate-term outlook back to bearish), keeping risks lower for Friday.

The push below key .6770 support signalled an intermediate-term shift to a bear trend. 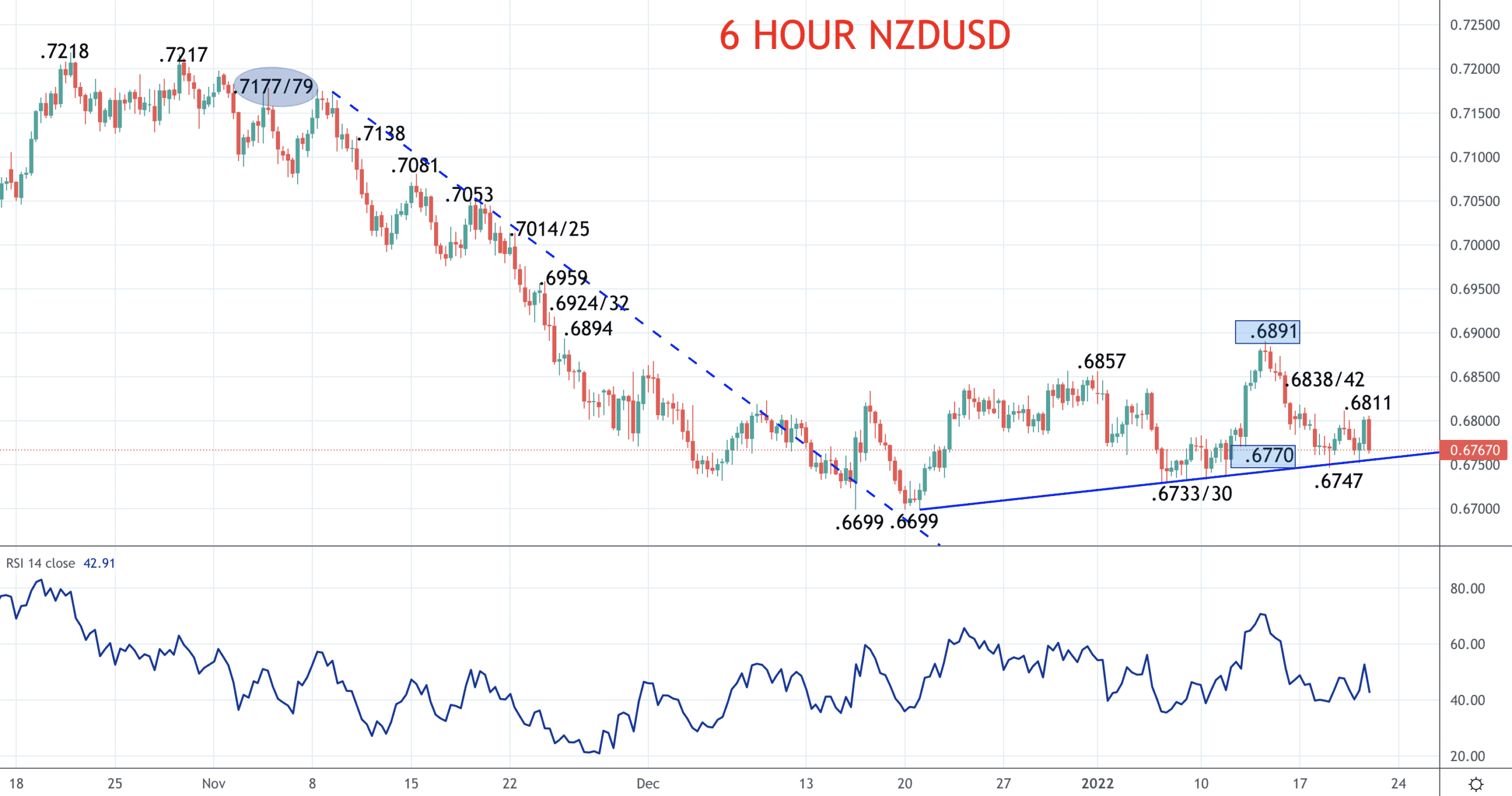