A Thursday prod to the downside after Wednesday's spike lower, just through the swing low at 1.2449 to 1.2448, to sustain  bear forces from last week's plunge  push below notable multiple supports, including Tuesday's sell off through key 1.2607/04 (to shift the intermediate-term outlook to bearish), to keep risks lower for Friday.

The push below key 1.2604 support signalled an intermediate-term shift to a bear trend. 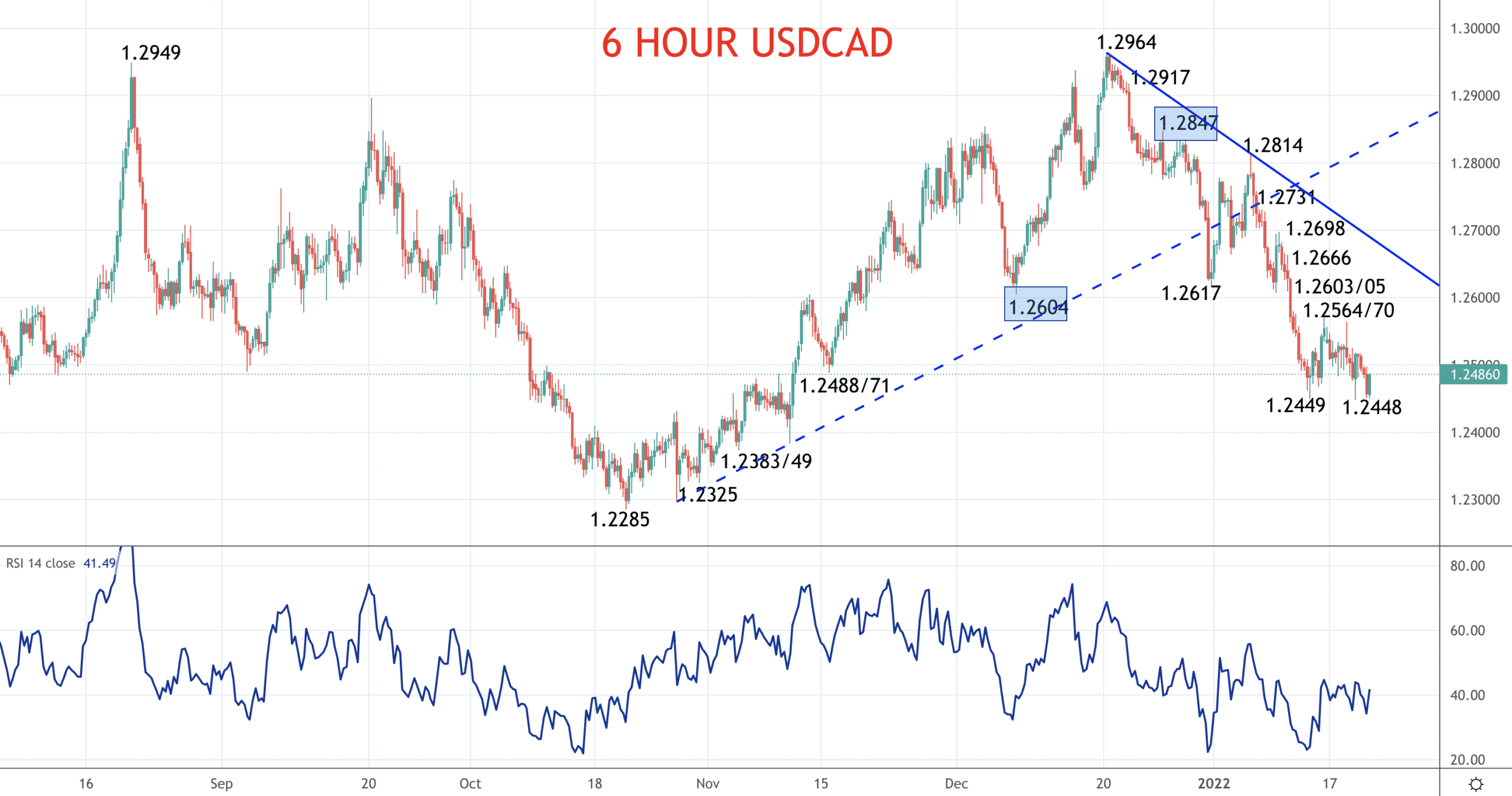