In this retail fx news category we cover a great deal of areas that will help you as a forex trader. We will provide updated information and analyses on macroeconomic factors such as GDP, Inflation, interest rates, employment, production, CPI, home and retail sales to name a few. We hope that you as a trader find this information useful in your analysis and forecasting of the value for a security, asset, commodity or FX rate. It is our profound conviction that a great trading strategy involves taking into account the news of what is happening with macroeconomic factors. Another main focus in this section is to look at updates and news from different forex brokers. Please give us feedback on the news covered and please also let us know if you miss some kind of information.

This December join AvaTrade as we celebrate the ‘12 Stocks of Christmas’. Starting December 9th through December 24th, every position you open on the stocks below will enter you into a raffle where you can win a $100 Amazon gift card every day!

October 31st is Bitcoins birthday and AvaTrade is celebrating by offering several benefits the next couple of weeks. Check the list below to see what they are offering each day. Don’t miss out on this opportunity to trade the world’s most favourite cryptocurrency.

Continuing their efforts to expand their established brand exposure and recognition – easyMarkets have entered a 3 season exclusive front-of-shirt sponsorship agreement with historic La Liga team Real Betis Balompié. easyMarket’s brand will be featured across the team’s shirts, on the LED boards around the pitch and on a backdrop during press briefings. Real Betis … Continued

The trading sector multinational becomes the club’s new sponsor until 2021 Valencia CF has reached an agreement with Libertex, a multinational financial scout in the trading sector and considered as the Best Trading Application of 2018, by which the financial company becomes the new Premium Plus Partner of Valencia CF until June 30, 2021. The … Continued

In recent years, drones have been expanding beyond the military sphere to new commercial sectors – and the industry’s financial potential is vast. The market is predicted to reach $179 billion¹ within the next 6 years, as drones become more commonplace in various sectors. How can investors take advantage of this emerging industry? eToro has … Continued

Good morning traders!Have you ever thought about trading in crypto? Now is your chance with easyMarkets. They are offering a $2,000 deposit bonus for all traders outside of EU. You can trade crypto 7 days a week They offer free guaranteed stop-loss The bonus has no hidden fees Read more and trade with easyMarkets here.

Trading with eToro just got cheaper if you live in Australia. eToro has decided to lower the minimum deposit from $200 to $50 for all new Australian customers. eToro is one of the world largest social trading platforms.Where you can trade stocks, cfds and cryptocurrencies. Read our review of eToro here.

May Promotions OctaFX are currently running two promotions in May one for traders and one for investors. If you are a trader, any deposit made between 1st May and 31st May will be doubled. Traders can apply for a 100% bonus for all deposits made between these dates. If you are an investor with OctaFX, … Continued 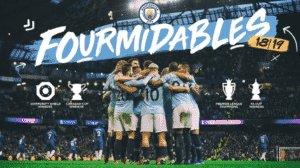 The Manchester City team of 2019-2019 are being described as the FOURmidables, having been the only football club to win all FOUR English trophies in the same season, 2019-2019. They have won the Community Shield, the Carabao Cup, the Premier League and the FA Cup. As a partner of Manchester City, AvaTrade are offering a … Continued

The price recovery in cryptocurrencies in 2019 alongside the less aggressive volatility that was previously seen in 2018 has seen a resurgence of interest from traders in the cryptocurrency asset class. To this end, brokers have been bolstering their cryptocurrency offerings and here we take a look at April 2019 updates from CMC Markets. CMC … Continued

Note: All information on this page is subject to change. The use of this website constitutes acceptance of our user agreement. Please read our privacy policy and legal disclaimer. Trading foreign exchange on margin carries a high level of risk and may not be suitable for all investors. The high degree of leverage can work against you as well as for you. Before deciding to trade foreign exchange you should carefully consider your investment objectives, level of experience and risk appetite. The possibility exists that you could sustain a loss of some or all of your initial investment and therefore you should not invest money that you cannot afford to lose. You should be aware of all the risks associated with foreign exchange trading and seek advice from an independent financial advisor if you have any doubts.
We use cookies to enhance your visit on our website. If you continue to use the website, we assume that you agree to the use of cookies. Find out more about cookies and how you can decide your cookie settings by reading our privacy and cookie policy. Accept Reject Read More
Privacy & Cookies Policy
Necessary Always Enabled