On energy we see price recovering in an impulsive manner, ideally unfolding a bigger three-wave reversal.
With current rally from the 42.46 level comes an indication that a low had been put in place for a former higher degree wave A and that a bigger black wave B correction can be in the making. In such case, a five-wave rally for sub-wave A of B can now be in development which can later look for resistance and a turn into a minor sub-wave B correction near the 55.30 area (area of Fibonacci projection zone of 261.8).

That said, now we are tracking minor wave 4) of A, which can look for support around the Fibonacci projection zone of 38.2 and 50.0. 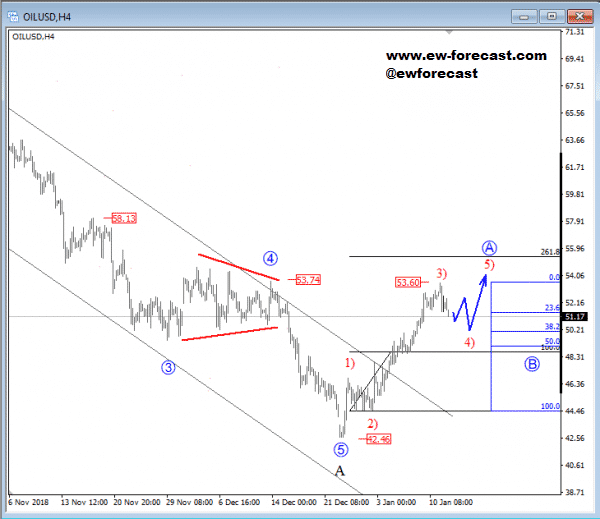 EURGBP has unfolded a five-wave rally within wave 1, as part of a bigger, bullish impulse. We can see that sub-wave v of 1 found a top at the 0.9108 level, from where price started dropping. Price can now be unfolding a temporary three-wave correction, which can look for support and a bounce near the Fibonacci ratio of 50.0 or 61.8(0.8893/0.8840 area). 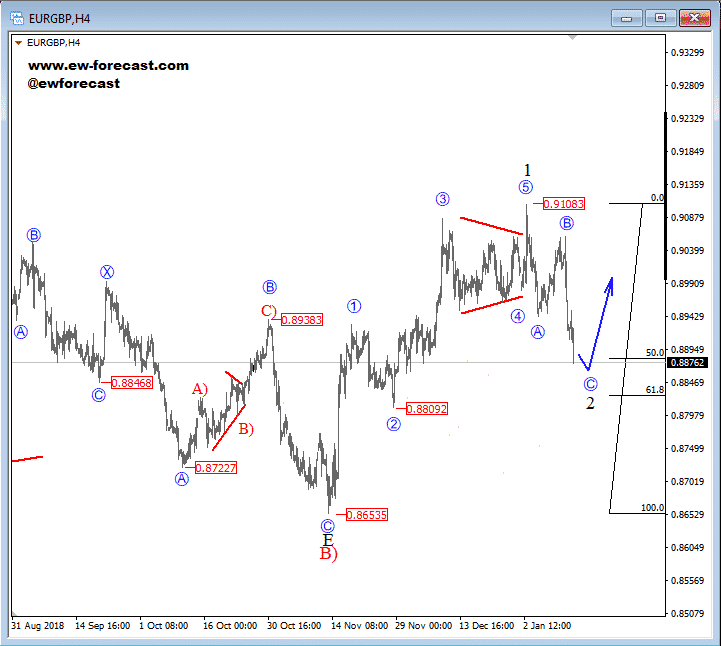