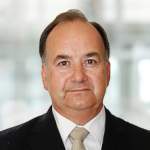 Stephen Pope is the Managing Partner of Spotlight Group. He has worked in the world of finance since 1982 and has performed duties as a market making trader, salesman and analyst. Stephen brings this wealth of experience gained at American, British, French, and Japanese institutions to bear in his analytical work.

He traded Euro Dollar Bonds for Japanese, Scandinavian and Supranational names, using risk weighted analysis to hedge the trading books. As a trader he often had telephone calls from Tokyo in the early hours to make prices for Far East clients.

He has a broad base of client service and his career progressed rapidly as he rejected a “smile and dial” approach in favour of methodical client profiling and building an open exchange of information with traders. This led to actively scanning the markets for “Rich/Cheap” analysis for relative value trades that could maximise portfolio switches either in a similar maturity or via modified duration weighted yield curve plays.

This progress led him to being a leading figure in the world of central banks bond sales as he advised national agencies such as the Abu Dhabi Investment Authority, Bahrain Ministry of Finance, The Central Bank of Kuwait, Saudi Arabian Monetary Agency, Central Bank of Oman,  State General Reserve Fund of Oman, Bank of Botswana and South African Reserve Bank.

Portfolio management by state authorities actively uses the repo market. In this area, Stephen provided all clients with an active list of repo opportunities, especially highlighted issues that were on “Special” as against just “General Collateral”. Indeed, he brokered the first repo trade with the Central Bank of Iran and Nordic Investment Bank.

In an active career clients have been covered in all geographic regions and time zones embracing 36 nations.

As an analyst/strategist Stephen was a regular speaker at investor meetings and conferences as well as a much-sought guest on global financial television: ABC (Australia), ABC (U.S.), Al-Jazeera, BBC, Bloomberg, BNN (Canada), CNBC, CNN, Fox, New Delhi Markets, Reuters and Saxo Bank TV.  With Reuters Stephen was the first guest to be interviewed for a “live” broadcast into The People’s Republic of China.

In addition to FxExplained.co.uk, Stephen is also currently writing for Forbes and previously for Saxo Bank. His insight into the tobacco industry is regularly used by The Winston Salem Journal.  On the radio he is a regular guest on the Resonance FM programme that covers the hedge fund industry, “The Naked Short Club”.

Stephen gained his BA (HONS) Economics (II.I) from the University of Warwick in 1982 and his MBA from Henley Management College in 1995.

He gained professional examination awards from the Association of International Bond Dealers (Now called the International Capital Markets Association) in 1988, is a member of the Financial Conduct Authority and has been a Fellow of the Chartered Institute for Securities and Investment.

He currently lectures as an adjunct Professor with the University of Maryland in the field of Business Management and Economics. In addition, he is a guest lecturer for Economics at the London Academy of Trading and the London School of Wealth Management as well as training summer interns and new graduate recruits at leading commercial and investment banks in Europe and the U.S. 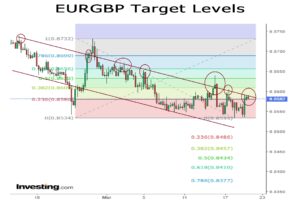 EURGBP is in a corrective channel The contrast in vaccine strategy between the U.K and Europe is striking The Eurozone economy is heading toward another recession Sterling is going to continue its outperformance If one looks at the One-Month chart, shown below in Figure 1, one can see the spot price of EURGBP has shown … Continued 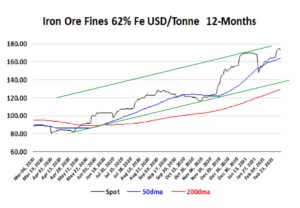 Iron Ore Fines spent the last month rotating in an impulsive channel There is disruption to shipments from Brazil Chinese mills are at over 90% capacity and growth plans are ambitious Prices are going to rise early in the week and a break over USD200/Tonne is seen If one looks at the One-Month chart, shown … Continued 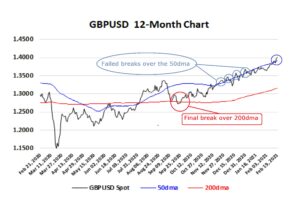 GBPUSD has broken the corrective channel as the 200-day moving average is surpassed The 50-day moving average is proving harder to break The economy is staging a recovery; debt is manageable Taxes will rise, but the public will understand If one looks at the long chart of GBPUSD over the past nine-years, shown below in … Continued 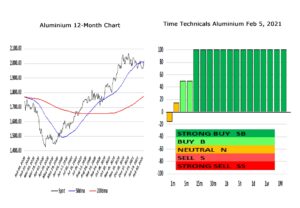 Aluminium has spent the last month in a rotating, horizontal channel There will be a boost to global demand this year China now has become a producer that has too much inventory Prices are going to rise early in the week, however, excess supply will stall the recovery If one looks at the 12-Month chart, … Continued 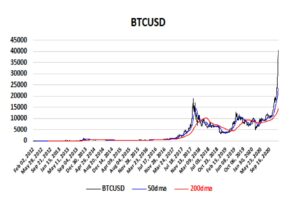 BTCUSD has been making new highs; again The time based technicals are mixed; they suggest more upside The U.S. level of debt : GDP is a driver,  as are the turbulent final days of Trump Many once sceptical voices are now becoming converts “…You gotta take it up a level and go up higher Put … Continued 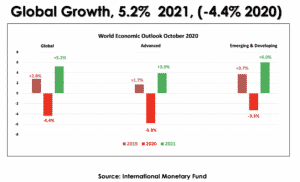 Initial Parameters: Chart analysis is technical and taken from medium-term historical pattern Technical projections based on a twelve-month time horizon Targets set are based on the most recent, significant technical adjustment Analysis is based on Elliot Wave and Fibonacci techniques Technical analysis only guides; exogenous factors can shock any market Markets, being capricious, forecasts are … Continued 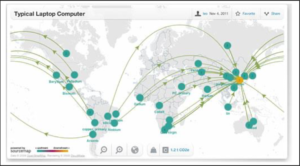 Since the 1960’s supply chains have gone global Cost control and profitability were key drivers Coronavirus has crashed the global economy There is a new drive to build local chains In the traditional teaching of economic theory, the argument suggests that global GDP will increase when the principle of comparative advantage [1] is applied by … Continued 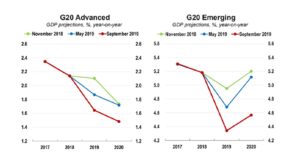 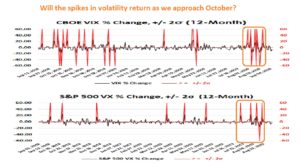 The world economy is slowing President Trump is driving a trade war The Eurozone is suffering from fading growth and confidence The writing is on the wall as far as the yield curve is concerned Be in no doubt, the world’s financial markets are in a funk as bond yields race to a bottom that … Continued

Market psychology; the overall feeling that impels buying or selling. Conventional financial theory assumes all investors are rational. Emotional aspect of the market can lead to outcomes that can’t be predicted. The majority of the most successful marketing campaigns have employed the science of “Psychology” in appealing to consumers. It is used in an intelligent … Continued

Here we have an interview with FXExplained.co.uk contributor Stephen Pope (also Managing Partner of Spotlight Group PLC) and Trade.com Chief Economist Bill Hubard. They discuss the Fed Meeting Minutes released in early October and its impact on the US bond markets. Furthermore, the lack of follow-through on the fiscal side from the Trump administration. Also, … Continued

73.05% of retail investor accounts lose money when trading CFDs with this provider.