The History of Forex Markets

However, the journey to today’s complex electronic markets of the 21st Century, started many centuries ago.

The history of the Forex market began with money changers in the Holy Land in Biblical times and in ancient Egypt and Greece.

During the Middle Ages currency was traded through international banks, which helped Europeans spread currency trading throughout Europe and the Middle East. 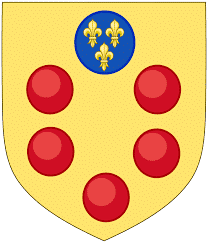 From the “nostro” accounting book of the Medici banking family in the 15th Century, we arrive at the start of the modern era for foreign exchange, with the advent of the Gold Standard Monetary System in 1875.

The premise of the gold standard was that governments promised to exchange an exact amount of gold for their currency (and vice versa), so the currency was backed by gold. Clearly therefore, governments required a considerable reserve of gold to meet the demand for currency exchanges. Towards the end of the 19th Century, all major economic countries had “pegged” an amount of their currency to an ounce of gold. In turn the exchange rate for any two currencies was derived from the difference in price of an ounce of gold between the currencies. 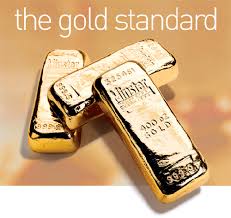 The gold standard broke down at the start of World War I, principally because major European nations were printing money to help pay for large military projects. This meant there was not enough gold to exchange for all the currency that governments were printing. The Gold Standard did resurface between the two World Wars, but was again dropped by 1939. 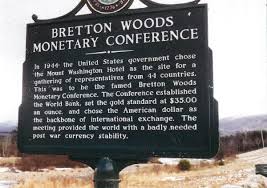 In 1944, members of the Allies met in Bretton Woods, New Hampshire, USA and agreed upon a method of fixed exchange rates, whereby the US Dollar replaced the gold standard to become the primary reserve currency.

The key development was that the US Dollar replaced Gold as the benchmark for currency conversions and was the lone global currency backed by gold.

However, although lasting for over 25 years, by the start of the 1970s the US Treasury could not cover all the US Dollars held by overseas central banks and on 15th August 1971, Ricard Nixon, the US President “closed the gold window”, effectively removing the facility to exchange the US Dollar for gold and was an end to Bretton Woods.

The Smithsonian Agreement was agreed to in 1971 after the end of the Bretton Woods Agreement by members of the Group of 10 (G-10). The US pegged the US$ to gold at $38 /ounce (a deprecation at the time), whilst other nations appreciated their currencies against the US$ and maintained trading bands of 2.25%.

However, after a US Dollar devaluation of 10% in February 1973, European counties and Japan move to a free-floating system.

The Plaza Accord was agreed to on September 22nd 1985 at the Plaza Hotel in New York, and was an agreement between the USA, UK, West Germany, France and Japan to depreciate the US Dollar by intervention in currency markets.

The principle reasons for this were:

The Plaza Accord was successful in that the US Dollar versus Japanese Yen exchange rate fell by over 50% between 1985 and 1987 and as this was a planned and transparent devaluation, it did not lead to financial markets panic, reducing the US trade deficits with Europe.

However, overall the Accord failed in achieving its primary objective, which was to lessen the trade deficit with Japan.

The modern era is typified by freely floating exchange rates for many of the major global currencies. Yes, individual central banks do intervene to avoid aggressive currency appreciations or deprecations. Either unilaterally or multilaterally, sometimes by “jaw boning” (suggesting a currency intervention), sometimes with actual real intervention by buying or selling currencies.

72,54% of retail investor accounts lose money when trading CFDs with this provider.