All Charts by TradingView

A prod lower Wednesday to 1.1875, after Tuesday's plunge to a new cycle low through 1.1933, extending bear forces from Friday's sell off, leaving risks lower Thursday.

The June push below key 1.2329 support signalled an intermediate-term shift to a bear trend.

Upside risks: We see an intermediate-term bear trend to aim towards 1.1409. 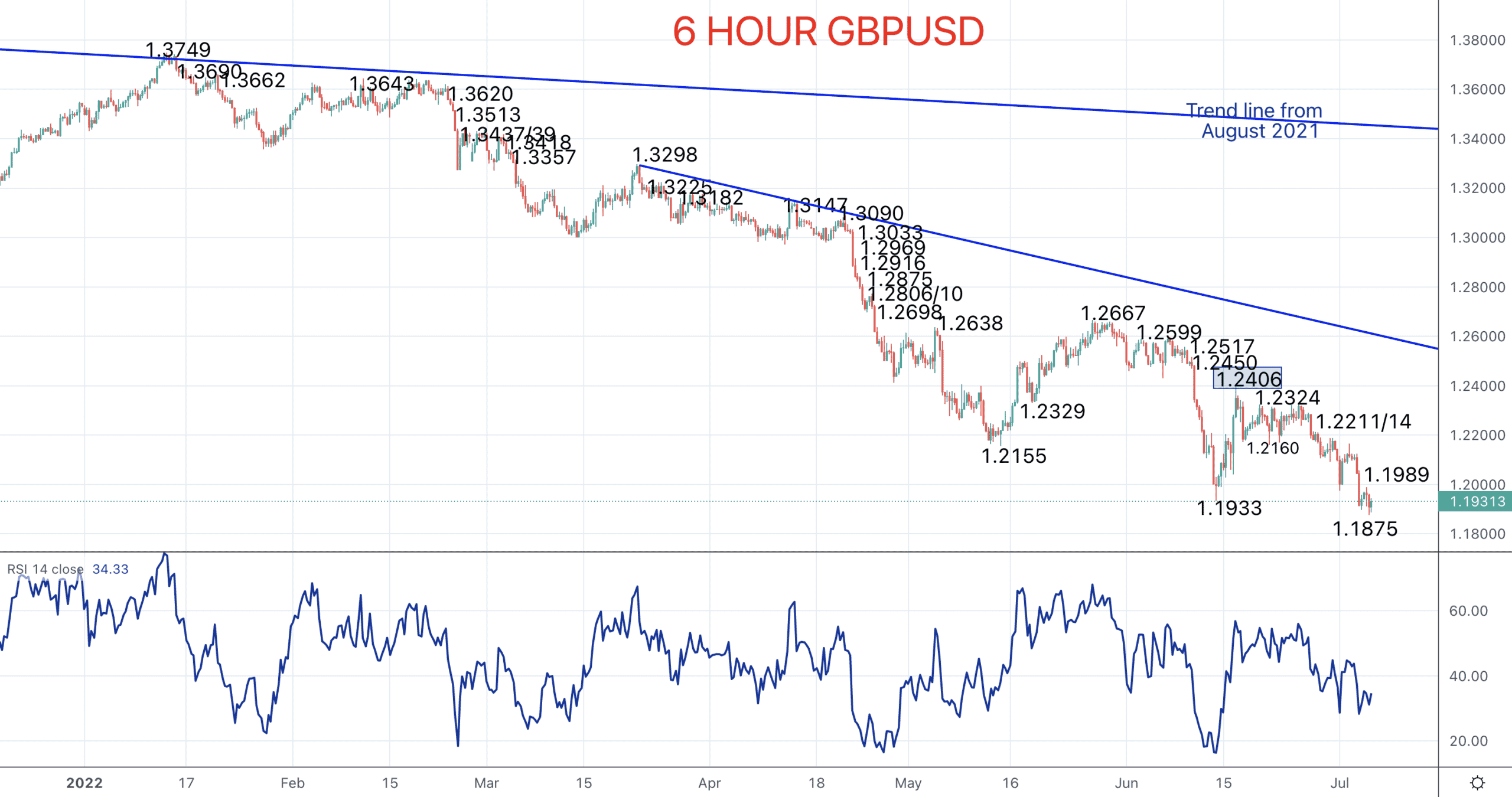