10 year US notes can be trading at the end of a higher degree wave III. Specifically we see price unfolding an overlapping price movement within sub-wave 5 of three, that looks more and more like a Elliott wave ending diagonal. The speciality of this pattern is that it can cause a sharp a strong turn into the opposite direction, in our case into corrective wave IV, which could see limited upside near the 121.09 level, at the starting point of the pattern. From there more weakness may follow into wave V. 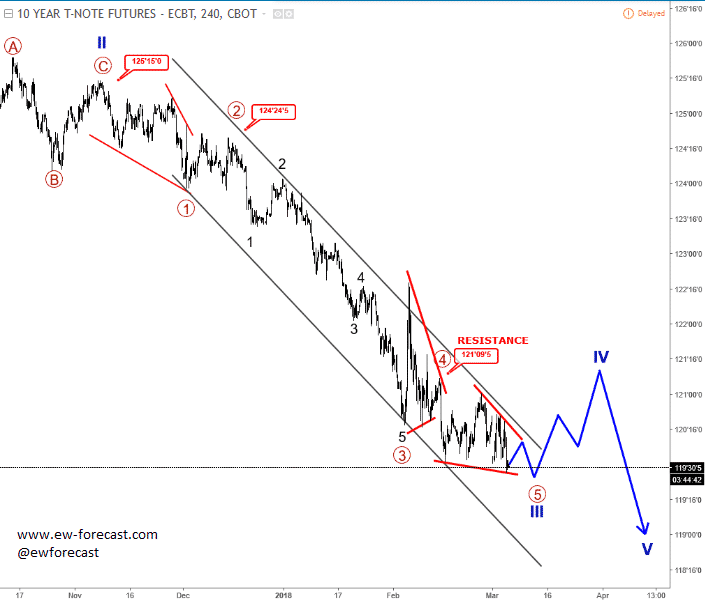 An ending diagonal is a special type of pattern that occurs at times when the preceding move has gone too far too fast, as Elliott put it. A very small percentage of ending diagonals appear in the C wave position of A-B- C formations. In double or triple threes, they appear only as the final “C” wave. In all cases, they are found at the termination points of larger patterns, indicating exhaustion of the larger movement. 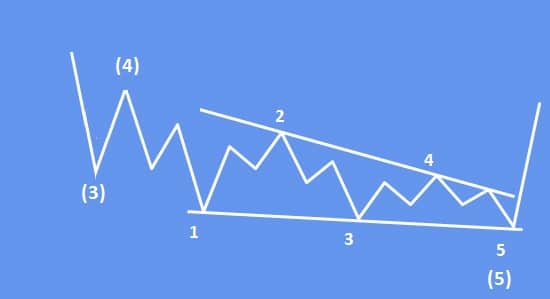