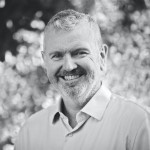 Steve Miley is the Market Chartist and has 29 years of financial market experience and as a seasoned expert now has many responsibilities. He is the founder, Director and Primary Analyst at The Market Chartist, the Editor-in-Chief for FXExplained.co.uk, the Academic Dean for The London School of Wealth Management, plus Senior Investment Advisor at Kylin Prime Capital. 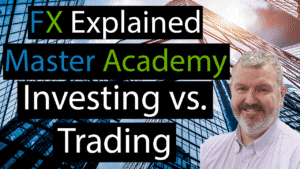 Here we present the Hawk / Dove sheet, an explanation of the terminology as well as the implications on forex trading and how it is used in fundamental analysis. Hawkish and Dovish Hawkish A Hawk is a term originally used in economics to describe economists or Central Bankers who are more concerned with potential recession … Continued

A credit rating is the assessment of the credit risk of a potential borrower or debtor. Primarily this focuses on the capacity to make repayment of the debt, and therefore implicitly a prediction of the probability or possibility of the debtor not repaying (or defaulting). Sovereign Debt Ratings are a form of credit rating, but … Continued

The Fibonacci sequence of numbers has been used in trading strategies for many decades now and is a valuable tool in the identification of important levels to monitor when trading markets. In this article, we will look at: The historical and mathematical basis of the Fibonacci numbers An outline of the various Fibonacci numbers used … Continued

What are Trend Lines in Forex? A trend line is a line drawn between either successive higher swing lows, which is an uptrend line, or between consecutive lower swing highs, in that case a downtrend line. The trend line is used to signify both the direction of the trend and also to be used as … Continued

Below we provide a glossary of key Technical Analysis terms. These range from the basic, through intermediate, to more advance terms used in the Technical Analysis approach to markets. Here we start with those terms beginning A through to P. You can click on a letter to find your section quicker. A – B – … Continued

There are three basic tenets of technical analysis as follows: Market price action discounts everything. All information that is both relevant and available is already built into current prices. Price action moves in trends over various time frames. These trends are either down, up or sideways. History will tend to repeat itself. The common factor … Continued

1. Education and practice improve performance Trading is often compared with sports and games, and as with these activities successful trading requires applying skills and knowhow in a real time scenario. As with performing well in sports, games or even a talent like music, a successful trader needs time to develop through organized and rigorous … Continued

Work Hard! Success is no accident. It is hard work, perseverance, learning, studying, sacrifice and most of all, love of what you are doing or learning to do. Pele Nothing in life is for free. As with all skills, the more you work at currency trading, the better you get at it. There is NOT … Continued

73,05% of retail investor accounts lose money when trading CFDs with this provider.